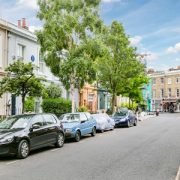 After a period of unprecedented price acceleration for the 18 months up to June this year many felt the market was ready for a pause and that pause arrived on the back of Mark Carney’s canny pronouncements intended to take the steam out of the market. Canny because he achieved his desired effect with the threat of fiscal measures rather than the real thing. The threat of imminent interest rate rises gave buyers the excuse they were looking for to cool the market over the summer. We believe it’s highly unlikely interest rates will go up before the election next May and if they do, it won’t be by significant amounts. The current rate of 0.5% is an historic low and even an increase of 1-2% would see rates low compared to those of the past. We are confident that the point where interest rates really begin to hurt is a long way off yet.

Growth in the property market in London may have stalled in June and July but since then we have seen buyers return and autumn is proving to be an ideal time for both buyers and sellers with prices still strong but levelling off rather than growing month on month. For buyers it’s a far more reasonable climate with less competition and feverish outbidding on properties. Autumn is traditionally a good time for the property market as those who have held off over the summer but want to be moved by Christmas emerge as serious players – and this year is no exception which is good news for our clients.

If you’re thinking of selling your house or buying in our area, please contact me on 020 7243 7888 or michael@mountgrangeheritage.co.uk.

How Will the General Election Affect the London Property Market? Scroll to top
This website uses cookies to improve your experience. We'll assume you're ok with this, but you can opt-out if you wish.Accept Reject Read More
Privacy & Cookie Policy
Necessary Always Enabled
Make an enquiry