Get your dancing shoes on – Notting Hill carnival is here!

From what started out as a small gathering in a town hall in St. Pancras in 1959, the Notting Hill Carnival is now Europe’s biggest street party, celebrating London’s Caribbean community, culture and traditions. Each year the carnival attracts around two million people. 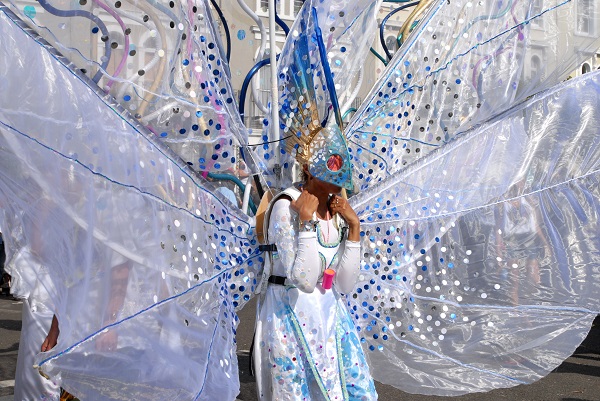 The carnival itself is held across three days over the August Bank Holiday weekend. It  starts on Saturday 25th August and ends with the main parade on Monday 27th August. With lots of different events taking place over the three days, covering food and music and of course dancing, here is Mountgrange Heritage’s guide to the Notting Hill Carnival.

Held in Emslie Horniman Pleasance Park, Bosworth Road, W10 between 6 pm to 10 pm, Panorama is a fantastic family-friendly event where you can enjoy the sights and sounds of the Caribbean culture through steelband music.

J’ouvert comes from the French word ‘Jour ouvert’, when translated means ‘opening of the day’. It will come as no surprise then that J’ouvert is traditionally seen as the opening of the carnival.

Taking place on Sunday 26th August, this event is for the early-risers and for those who want to party in the coolness of the early morning. It starts around 6 am and ends at 9 am, with revellers marching through the streets of Ladbroke Grove, W10 covered in mud, body paint, glitter and even chocolate!  If you’re going along to watch the parade, come prepared to get colourful as you may get covered in paint as well. It’s all in good fun though! 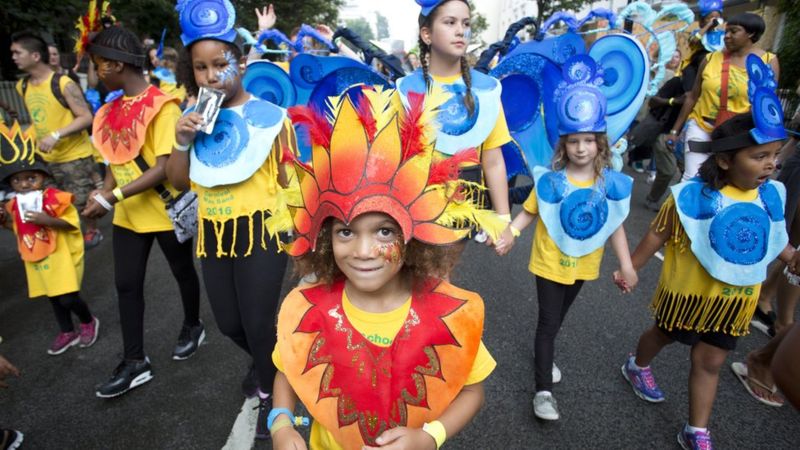 Also taking place on Sunday 26th August, the Children’s Parade is the ideal event to enjoy the Notting Hill Carnival as a family. This event gives you the chance to see youngsters sway, dance and swagger their way around the carnival route dressed in speculator costumes that are adorned with extravagant head decorations.

Whilst the event is not as busy as the main parade, it is best to come prepared, particularly if you are bringing little ones. Make sure you have plenty of water or juice and bring a selection of snacks with you. We all know how impatient kids can get when they’re hungry!

If you want to avoid the crowds along the carnival route, you can still join in with the carnival spirit by enjoying live music that will be playing in Emslie Horniman’s Pleasance Park and Powis Square.

The main event of Notting Hill Carnival takes place on Monday 27th August and is referred to as the Grand Finale. And, boy, does it live up to its name. From 10 am the streets of Notting Hill, Ladbroke Grove, Westbourne Grove and Kensal Road will be filled with colourful dancers dressed in astonishing costumes that feature remarkable head decorations.

There is an amazing amount of work and time that goes into creating these costumes, here are some interesting facts for you:

Again, if you fancy getting away from the hustle and bustle of the main parade but still want to enjoy the carnival atmosphere, Emslie Horniman’s Pleasance park and Powis Square have live sound stages featuring a selection of brilliant live acts. 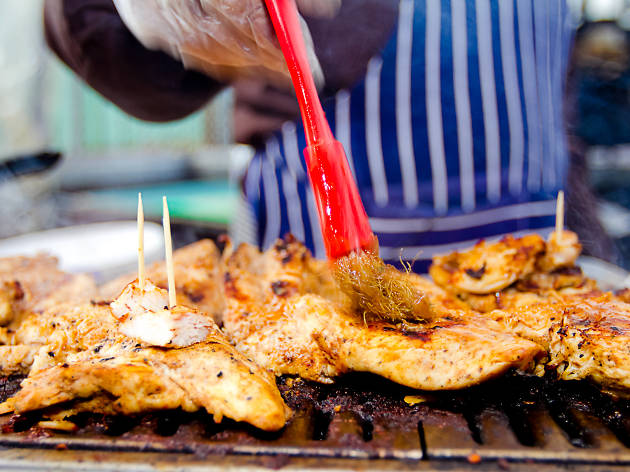 All that dancing will make you hungry

We can’t talk about the Notting Hill Carnival without mentioning food. Well after all that partying you are bound to get peckish. It is worth pointing out that the majority of stores and restaurants along the carnival route will be closed during the carnival, so the food on offer is ‘street food’ i.e. delicious food that is freshly prepared and sold by street vendors.

Dotted along the carnival route there are a staggering 300 food vendors selling a selection of mouth-watering Caribbean food, ranging from freshly cooked corn on the cob to rice and peas. If you fancy a little tipple along the route, Rum is the traditional drink of the carnival. For those who want to take it steady, carrot juice is also a stable drink of the carnival. In fact, it’s estimated that a staggering 70,000 litres will be sold over the three days.

For those of you who still have the energy to carry on the party after the carnival ends, there are plenty of venues across London hosting ‘carnival after parties’. The official carnival after party is held at the Ministry of Sound, Elephant and Castle. Starting at 10 pm and closing around 6 am, the venue will be playing a range of music across its four different arenas.

More from our Blog

The best places for lunch in Notting Hill and Kensington

10 tips on how to decorate your home to sell