What is Earls Court like? Many people think Earls Court is just about the now closed Exhibition Centre, the numerous hotels, Earls Court tube station or the retreating army of young Aussies. But there is much more to it than that and it’s a great place to bring up a family. Read on to find out more. 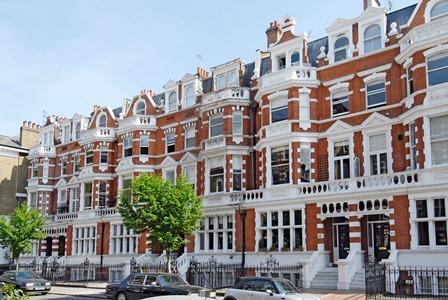 Earls Court is sandwiched between the highly sought after areas of Chelsea, South Kensington and Kensington in West London. Because of this Earls Court and the rest of the SW5 postcode can sometimes get overlooked by potential residents. However Earls Court is an area rich in history, architectural styles and offers relative value for money in comparison with its more expensive neighbours. With a huge amount of development planned over the next decade, Earls Court is an area very much in flux and worth watching.

The development of the Earls Court area

The Earls Court area was mostly developed during the 1870’s and 1880’s alongside the expansion of the District Railway, now the District Line. The Victorian architecture, much sought after by many residents is evident in the towering handsome period mansion blocks that are so distinct to the area. On Courtfield Gardens you’ll find the more classical stucco fronted buildings and on Collingham Gardens you’ll find the distinctive red brick and terracotta Queen Anne and Jacobean styles, which became more popular later on in the development of the area.

Nestled amongst these imposing buildings you can find small peaceful pockets of houses with a lovely ‘villagey’ feel. Examples of these are the pretty terraced houses on Kenway Road, which are thought to be some of the oldest in the area dating from 1807 and delightful mews houses with cobbled streets such as Hesper Mews and Spear Mews.

Earls Court is not just the area of choice for young international jetsetters and backpackers. It has a lot to offer families too. Other areas of London may be more famous for their garden squares (remember that scene from Notting Hill?) but Earls Court has its fair share of charming garden squares, many of which host regular events for residents during the summer, adding to the real sense of community in the area. 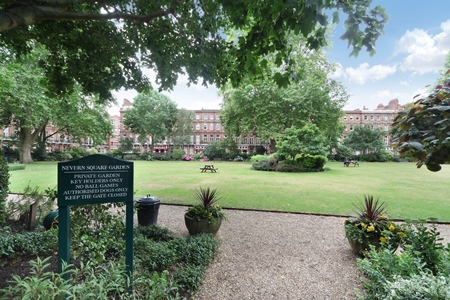 Not only this but with excellent parks on the doorstep and great schools, its no wonder that Earls Court welcomes many families, in particular French residents who have moved from South Kensington to get more value for money for their property whilst remaining close to Lycée Français for their kids.

Earls Court tube station is at the centre of the area and provides great transport links all around London. The station is located between Earls Court Road and Warwick Road (both on the A3220) and offers District and Piccadilly Line services out to Heathrow and around West London. It is the easy access to Heathrow and plethora of hotels that make this area so popular with travellers. Earls Court is a major junction on the District Line with people changing here for lines to Wimbledon, Richmond and Olympia. Earls court residents can also access other nearby stations including West Brompton, Gloucester Road and West Kensington.

For drivers the area allows easy access to the A4, M4 and M40.  Importantly, living in Earls Court SW5 entitles you to a Royal Borough of Kensington and Chelsea parking permit, which are like gold dust!

Earls Court Exhibition Centre closed in 2014 with demolition beginning in December of that year. The demolition forms part of Architect Sir Terry Farrell’s Masterplan for the controversial development of the Earls Court area by the London Borough of Hammersmith and Fulham in partnership with property developer Capital and Counties (Capco) and the commercial arm of Transport for London (TfL). 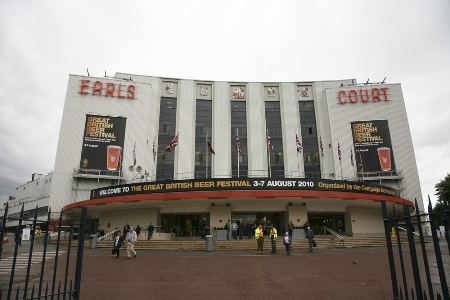 The project, hailed by current Mayor of London Boris Johnson as a ‘landmark scheme’ is an ambitious one; the aim is to redevelop around 77 acres of publicly owned land and replace it with a whole new district, including four new urban villages, a high street, a new ‘lost river’ 7.5 acre park and dominated by a tower of high-end flats at Lillie Square on Seagrove Road.

How the scheme progresses under the influence of a new London Mayor after May 2016 remains to be seen. Of particular interest to local residents is the fate of the two housing estates in the plan; Gibbs Green and West Kensington housing estates, which locals are fighting hard so save from developers. Whatever happens over the next decade, the development will go-ahead in some shape or form providing thousands of new homes and new amenities for Earls Court residents.

You can follow the latest news on the development on My Earls Court or the Capco website. You can see the residents opposition at Save Earls Court

So where have the Australians gone?

We couldn’t write a blog about Earls Court without mentioning the famous Australian contingent. For many years it was the area of choice for young Aussies who came to London to work, party and explore Europe. Indeed it was known in some circles as ‘Kangaroo Valley.” There were numerous bars and magazines dedicated to the community but in recent years the community has declined and many of the bars shut. Because of the strength of the Australian economy and Dollar and the fact that London has got more expensive, many young Aussies choose to stay at home to get their vital first years of work experience. The expats that remain are slightly more mature and spread across all areas of London rather than flocking together in certain areas.

Like the Australians, Earls Court is also moving on and we will watch the development of the area with interest over the coming years.

Read our other London area guides