It’s a contentious issue for those involved in the London rental market. Is the explosive growth of Airbnb a good thing for Londoners, allowing those with a spare room to make a bit of extra income? Or is it being used to illegally sub-let properties all year round, depriving the market of long-term rentals and pushing rental prices higher? 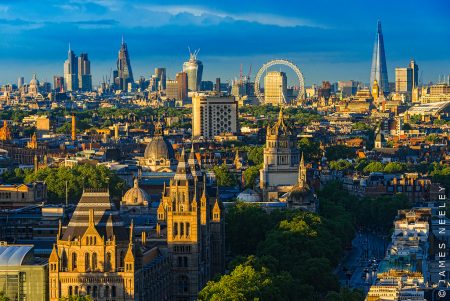 The explosive growth of the ‘sharing economy’

Along with Uber and Deliveroo, Airbnb is one of the wild successes of the new ‘sharing’ economy in London, which puts consumers instantly in touch with the services they require. In Airbnb’s case, it allows people to rent out a room or whole property to anyone in the world without the need of a middleman or detailed contract.

London, unlike other cities such as Paris, has embraced this new form of entrepreneurship and not tried over regulate or ban certain practises. Indeed the government positively encouraged the new breed of ‘micro-entrepreneur’ in last year’s budget by introducing a £1,000 tax-free income allowance for online activities such as Airbnb rentals and eBay auctions.

According to a report last year by the Residential Landlords Association (RLA), between February and June 2016, London Airbnb listings rose by 27% to over 40,000. Many of these properties were entire homes that were available for more than three months a year, with an average occupancy of 89 nights a year.

This 89-night average is a very interesting figure. It coincidentally (?) falls a day short of a recent change to government legislation, Section 44 of the Deregulation Act. The act states that if a property is let out to short-stay guests for more than 90 days a year, the homeowner must get planning permission from their local authority for a change of use to short-stay letting.

The introduction of a change in legislation is a sure sign that the market for holiday lets on sites like Airbnb was being abused and properties let for longer. Why is this an issue? Housing is in short supply in London and taking properties off the market to let to tourists rather than residents exacerbates the problem. This is why councils limit the number of holiday lets available.

The 90-day short-letting rule has been in place for more than a year but it’s unclear how many of London’s Airbnb hosts are aware of the regulation to get a change in planning permission – and potentially in line for a hefty fine of up to £20,000.

Airbnb has a page on it’s website listing the regulation amongst other considerations but has no requirement for hosts to confirm they are aware of the rules.

RLA Policy Director, David Smith says: “London more than anywhere else in the country is in desperate need of more homes to rent and to buy. Given the pressures faced in the capital it is important that properties advertised as being available for more than 90 days a year are genuine holiday lets with appropriate planning permission.”

Other problems renters on Airbnb may face

This isn’t the only problem that people renting rooms on Airbnb might run into:

So while Airbnb might be a good source of extra income for Londoners, they need to tread carefully to ensure not they’re putting themselves or their properties at risk.

The issue of tenants sub-letting

We all know London is one of the world’s most expensive cities to live in and this has spawned a worrying trend that has been much reported in the media.

Tenants often sub-let rooms on Airbnb without the landlords or even other tenants’ knowledge, with people waking up – or being woken up – to find strangers in their home.

The RLA said last year subletting was a growing problem and short-term lets needed to be better regulated. Sub-letting is not just illegal but can lead to damage to property or people that is not covered under insurance.

David Smith said: “I think Airbnb needs to make more clear that this activity is subject to rules and regulations. It should be regulated like other letting arrangements.”

Airbnb Management – an industry thriving in a legal grey area

A recent investigation by Vice magazine exposed the growing world of “Airbnb management” in some parts of London. A raft of companies exist in the city who, in exchange for a cut of the profit, will manage the whole Airbnb rental process for a landlord, from handing over the keys to organising cleaning or even taking photos and managing the listing on the website.

As Vice states, these companies are not in themselves breaking the law, but they’re potentially facilitating an activity that does – and depriving the market of valuable, properly regulated short let properties. 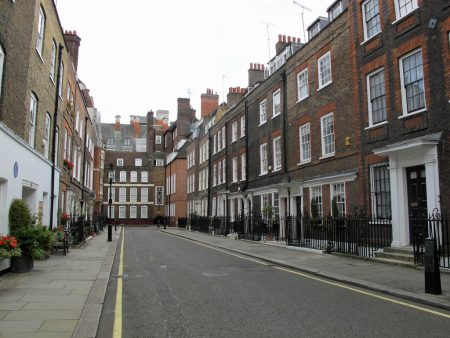 Regulation needs to catch up to protect all parties

Like many London lettings agents, I work hard with landlords to ensure the properties we rent are of excellent quality and adhere to the myriad regulations in place to protect tenants. My team also works hard to ensure our properties are let to good tenants who are going to treat the place with respect. Of course problems will always arise but with the right paperwork in place, all parties are protected.

My concern with the rise of Airbnb is not the micro-entrepreneurs renting a room out now and again. It’s with the companies and individuals who are profiting from a legally grey area where no-one is properly protect to make a quick buck from so called ‘holiday rentals’.

I do believe the London short-term rental market is suffering because of Airbnb and similar websites. However I think the next few years will see regulation tighten up and bad practise reduced, particularly with the work that the RLA are doing to highlight the issues.

The ideal Airbnb host is someone who simply shares their home and uses the money they earn to pay their bills. But these people, like genuine auctions on eBay seem in danger of becoming the minority over the coming years.

Read more from our blog

Why is London the best city in the world?

Where are the best places to invest in West London in 2017?

‹ Previous post
Where are the best places to invest in west London in 2017?
Next post ›
How changes to EPC Legislation in 2018 will affect you as a Landlord

One thought on “How has Airbnb affected London’s rental market?”