Boots Building at 127 Kensington High Street to be redeveloped

For many people the anonymous grey building on the corner of Kensington High Street and Wrights Lane is better known as the ‘Boots Building’ after its largest tenant. At present, it’s a dumpy corner on an otherwise distinguished High Street façade that includes Barkers and Derry & Toms, both of which are beautiful listed buildings. 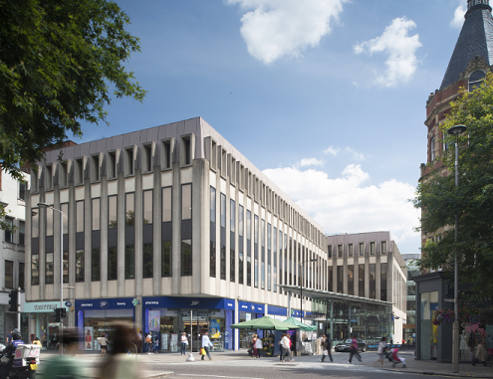 127 Kensington High Street to be redeveloped

This dull corner is all set to change thanks to American investment firm Columbia Threadneedle who have seized the opportunity to implement an ingenious development. The new development, the largest since the 1970s in the area next to High Street Kensington tube station, intends to make use of the existing structure while providing a number of significant befits to the townscape and the community.

In retaining parts of the existing building, the developers hope to reduce the time to complete the work to just 18 months instead of the 24 months it would have taken to demolish and rebuild on the site.  And of course, with far less impact on local residents.

The developers with their Architect Pilbrow & Partners have worked closely with the Kensington Society, ESSA and RBKC Council in developing their ideas. As a result on December 14th 2017, the redevelopment of the Boots Building at 127 Kensington High Street was approved by the Royal Borough of Kensington and Chelsea’s planning committee. 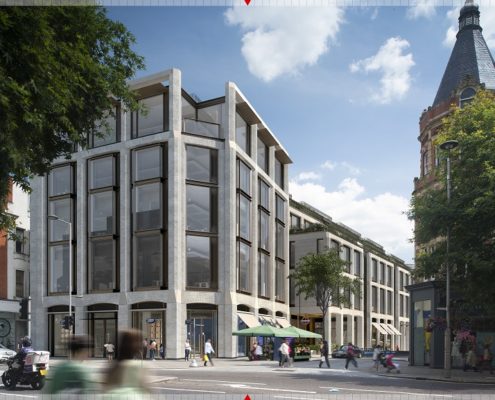 The history of the Boots Building site

The Boots Building site was originally the home of Scarsdale House, which had extensive grounds running down beside Wrights Lane.  This building was demolished in 1893 and the house and grounds taken over by Messrs Pontings Bros who built their first stage of business premises in 1899 to 1901.

The building was refurbished in 1922 and 1923 and then extended down Wrights Lane around 1929.  This was the heyday of the department stores, which made Kensington High Street’s reputation.  The Pontings department store photographed in the 1950s had ground plus three floors in the main body of the building with a parapet slightly higher than the tube station entrance and rising above two levels of floors with dormers set into the pitched roof.  A taller element can be seen in the photo further down Wrights Lave after which the façade reverts to a four main floors with a mansard roof and traditional dormers.

After changing ownership several times, the department store finally shut its doors in the 1970s and was replaced by the current building in 1976. That building rose above the adjoining properties in both the High Street and Wrights lane providing a strong visual corner.

Fred Pilbrow the developer’s architect saw the opportunity this provided and by retaining the 1970s structure reinstated the corner feature while reducing the height of the building along Wrights Lane with an articulated façade. The massing of the building then steps back away from the Wrights Lane frontage echoing the treatment of the historic façade to Barkers.

Access to the tube station through the Boots Building

Many locals use the Boots Building to access High Street Kensington tube station from Wrights Lane. The route through the site has for many local residents presented more of a maze with a requirement for Boots to keep a way through their shop from the arcade leading to the tube station.  Managing the wriggly path between the display cases was never easy and of course it closed when Boots closed.

A major positive of the new development is that it will provide an arcade from the central space outside the tube station leading directly across the site and will be open at all times when the tube is open – which could in due course be 24 hours a day.  This will also provide more retail units, some of which will make use of an open space at ground level echoing that used by Caffé Nero at present. 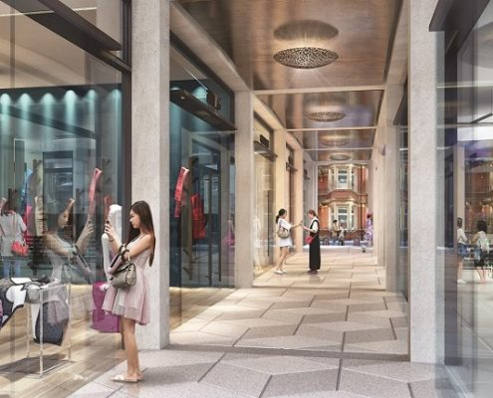 Following a planning meeting in November, the developers made several changes to initial proposals: a pergola which had been proposed for the Wrights Lane façade which many of us felt was too heavy has been removed. A contribution to improvements in the public realm has been increased to from just £60,000 to £460,000, which will see improvements in Wrights Lane and Cheniston Gardens.

At the upper levels the scale of the roof terraces have been reduced and the hours during which they can be used has also been restricted.  The taller corner feature facing up Horton Street reflects a similar focus in Barkers facing up Kensington Church Street and thus again hopefully reinforces the significance of this part of the High Street.

At ground level the blank façade facing the entrance to Iverna Court will be replaced with a new office entrance hall serving high quality modern office space above. The façade, unlike the current mundane slots of glazing will be modelled to reduce the scale of the building breaking it up in to smaller bays and subsidiary elements. 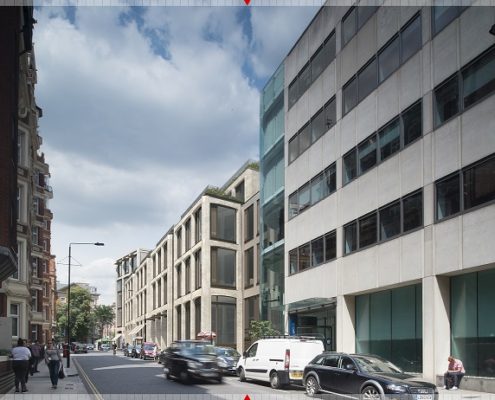 An ambition for the community has been to see more tube stations with step free access including that at Kensington High Street.  Although this application and its approval does not provide  for step free access in itself, since Columbia Threadneedle  do not own the area where lifts would have to be located to connect to the platforms, they are funding further studies to see how this might be achieved. This would be an important contribution to the welfare of the High Street and we hope to see more development on this in due course.

This blog was written for us by Anthony Walker of the Edwardes Square, Scarsdale & Abingdon Association (ESSA). For more information please visit www.essaw8.com